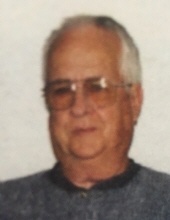 Meadowview, VA - Harold Clifford Lester, 89 of Meadowview VA, peacefully joined his loved ones in glory in the early morning hours of March 7, 2022, at his home. Harold was born October 19, 1932, to the late Albert & Ethel Lester of Glade Spring VA. In addition to his parents, he was preceded in death by his brothers John, Bob, Cecil, and Alfred Lester; sisters Christine Kennedy and Betty DeFriece; and son-in-law, Carl Hamilton. He was the last surviving member of his immediate family.

He was a member of Grace Presbyterian Church where he served as an Elder. He retired from the Virginia Department of Transportation in 1994 after serving 44 years as an Engineer A. He was also a veteran of the Korean War. Harold was an avid Hokie fan, enjoying may trips to Blacksburg with his family to watch them play. He also enjoyed watching the games on TV in his retirement years. Harold loved his grandchildren and great grandchildren, and was always on hand at any events they were participating in.

Funeral services will be held on Wednesday, March 9, 2022, at 7:00 p.m. in the Main Street Chapel of Farris Funeral Service with Pastor Robert Blevins and Dr. Darlene Litton officiating. Visitation with the family will be held 5-7 p.m. prior to the service. A graveside committal service will be held at 11:00 a.m. Thursday in Forest Hills Memory Gardens with Derek Lester, Drew Lester, Jackie Ratcliffe, Bill Lester, Mark McConnell, and Mark Davenport serving as pallbearers. Honorary pallbearers will be Joe Findley, Don Findley, Fred Duncan, and Gerald “Peco” Norris. Military rites will be conducted by Highlands Veterans Honor Guard and the Virginia Army National Guard.

Those wishing to express sympathy online may do so by visiting www.farrisfuneralservice.com and signing the online guest register. The family of Harold Clifford Lester is being cared for by Farris Funeral Service and Crematory, 427 East Main Street, Abingdon, VA 24210, (276) 623-2700.

To order memorial trees or send flowers to the family in memory of Harold Clifford Lester, please visit our flower store.