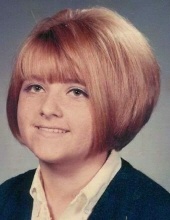 She was born October 24, 1953 in Bristol, Virginia. Mrs. Booher had worked as a bus driver for the Washington County Public School System for twenty-three years. She loved doing arts and crafts and enjoyed painting. Mrs. Booher was of the Christian faith.

Mrs. Booher is preceded in death by her father, Howard M. Worley.

Those wishing to share memories or express sympathy online may do so by visiting www.farrisfuneralservice.com. The family of Mrs. Jewel Diane Booher is in the care of the Main Street Chapel of Farris Funeral Service, 427 East Main Street Abingdon, Virginia 24210 (276)623-2700
To order memorial trees or send flowers to the family in memory of Jewel Diane Booher, please visit our flower store.