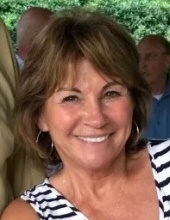 Marilyn lived a full life of experiences starting in humble beginnings of economic and social disadvantage living in a rural farm area of eastern North Carolina, rising from there through sheer drive and determination to a respectable level of societal participation and affluence. From the very start she had a resolve for success and advancement along with an independence of thought and character. As a child with a strong bond to siblings and the wider family, she did her share of housework for the very large family and also worked the fields of tobacco crops as they all moved from place to place in the challenging years of growing up. When the opportunity arose for work outside home, she did various jobs while living with her uncle including parking attendant duties for his company. Later living on her own, she worked in one of America’s first indoor malls doing retail sales in California after a long and adventurous journey west with some of her siblings. She was strong willed and determined with a strong work ethic from the start.

Attending multiple country schools as a child (never being at one long enough to claim allegiance due to the family’s moves) she then worked her way through Hardbarger Business College and Sandhills Community College, finally graduating from North Carolina State University.

During college years, she managed two residential rental properties for Warren Wilson in Raleigh before moving to Pittsburgh after marriage, where she became manager of a major residential complex for Oxford Development Company in Monroeville, PA.

Stopping work soon after having her first child, she raised two wonderful children then started back to work as a professor at National Business College. After some years there, she resigned from professional work but continued to volunteer her time and effort in community service endeavors. She spent time helping at Abuse Alternative and for many years was the Entertainment Committee chairman of the Highlands Festival all while on the Board of Directors of the William King Museum.

Marilyn had a passion to engage anyone she met, becoming a sincere and loyal friend to each one, be it stranger or close associate. She had a knack for being the center of attention at any gathering always with a loving and happy heart. She had an abiding Christian faith and was a positive influence on all she met. She leaves an indelible mark on each of us that knew her, and therein changed the world into a little better pace for her having been here.

By her wishes, and prior directive, she will be cremated ahead of a memorial service to be held Saturday, February 19, 2022, in the Main Street Chapel of Farris Funeral Service starting with visitation at 12:00 p.m. followed by a service at 2:00 p.m.

The family has requested that there be no flowers sent, but should there be a desire to offer an acknowledgement in her memory, donations would be welcomed by any of the charities she loyally supported, namely the Barter Theatre, the William King Museum, the Highlands Festival, or the Virginia Creeper Trail. Also, those wishing to express condolences or give testimonials may do so online by visiting www.farrisfuneralservice.com.

Please note that the following paragraph is automatically generated on this website and cannot be disabled due to technical issues. It is the expressed wish of the family that there be no flowers, plants or trees sent.
To order memorial trees or send flowers to the family in memory of Marilyn Marie (Joyner) Miller, please visit our flower store.