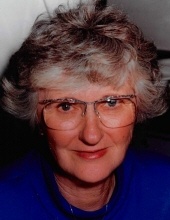 Boots Lambert went home to be with her Lord and Savior on July 14, 2021.  Beulah Vivian Stanley was born on March 23, 1926, in Dickenson County, Va.  She was the youngest, and last surviving, of nine children born to Ollie and Markus Stanley. Boots married the love of her life, Carter Lambert, in 1946.  The couple lived in Dickenson County and reared three children.  Boots was elected to the Dickenson County Board of Supervisors, and she was a member of the Order of Eastern Star.  Boots worked as a bank teller and as business manager for McClure River Coal Company, the company founded by her husband, Carter.  In 1979, the Lamberts retired and moved to Abingdon, Va. where they operated a cattle farm on the North Fork Holston River until 2015.  Boots was renowned for her hospitality.  She had the wonderful gift of making all feel welcome and at home.  She served on the Virginia Commonwealth Transportation Board and the Board of Visitors of Emory & Henry College and Hiwassee College.  She was a member of Victory Baptist Church, Bristol, Va.

Since 2019, Boots was a resident of Oakmont at Gordon Park assisted living facility in Bristol, Va.  The family thanks the management and staff, especially nurse Paula, of Oakmont for their excellent care.  We most especially express our deep affection for and appreciation to Judy Quesenberry of Abingdon, Va. who was Boots’ devoted caregiver for the last several years.

The family requests that in lieu of flowers, gifts in memory of Boots be directed to Victory Baptist Church, 11101 Island Rd., Bristol, Va. 24202, or to the Order of Eastern Star or to a charity of your choice.

Those wishing to express sympathy online may do so by visiting www.farrisfuneralservice.com and signing the online guestbook.  The family of Boots Lambert is being cared for by Farris Cremation and Funeral Center, 19415 Lee Hwy., Abingdon, Va. 24210 (276-623-2700).
To order memorial trees or send flowers to the family in memory of Beulah "Boots" Stanley Lambert, please visit our flower store.