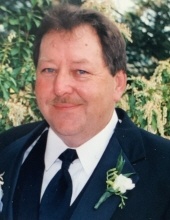 Billy Joe “Bill” Osborne, age 67, of Meadowview, Va., passed away on Saturday, July 9, 2022, at his home. He was born September 15, 1954, to the late Roscoe “Lum” Columbus Osborne and Lillian Irene Thomas Osborne. Bill retired from Columbus McKinnon after nearly 50 years of dedicated service. He enjoyed farming, hunting, horseback riding, and, above all, spending time with his family.

In addition to his parents, Bill was also preceded in death by his wife of 45 years, Judith Anne Musick Osborne; and his son, Robert Samuel Osborne.

In lieu of flowers, memorial contributions may be made to the charity of your choice in Bill’s name.

Those wishing to express sympathy online may do so by visiting www.farrisfuneralservice.com and signing the online guestbook. The family of Billy Joe “Bill” Osborne is being cared for by Farris Funeral Service and Crematory, 427 E. Main St., Abingdon, Va. 24210 (276-623-2700).

To order memorial trees or send flowers to the family in memory of Billy Joe "Bill" Osborne, please visit our flower store.