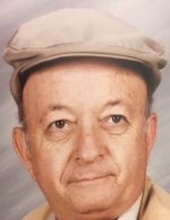 Abingdon, VA – Billy Wayne Hagy, October 8, 1933 - November 9, 2021, age 88, died peacefully on November 9, 2021, after a short illness at Johnson Memorial Hospital surrounded by his family.  Born to the late Arthur Ray Hagy, Jr., and Edith Virginia Booher Hagy, Billy was a lifelong resident of Abingdon, VA.  In addition to his parents, he was preceded in death by his wife of 66 years, Evelyn Helton Hagy; his son, Mark Hagy; his sister, Joanne Hagy Bunch; and his beloved aunt Evelyn Hagy Booher.

Billy served in the US Army, was a postal carrier for the USPS, and most recently was a bus driver for Washington County before retiring.  His hobbies included coin collecting and keeping up with the stock market.  He was a faithful Atlanta Braves fan and would rarely miss a game - he was very excited to see this year’s World Series Championship.  During baseball season you could find him watching his team with one of his dogs curled up beside him and drinking a Diet Pepsi with his popcorn.  An avid dog lover, Billy owned many small dogs during his lifetime.  We know he is rejoicing to be reunited with his family and his furry companions.

Visitation with the family will be held 5-7 p.m. Friday, November 12, 2021, in the Main Street Chapel of Farris Funeral Service.  Graveside services will be conducted at 11:00 a.m. Saturday in the Chapel of Memories Mausoleum of Forest Hills Memory Gardens with Pastor Roger Williams officiating.  Military rites will be performed by Highlands Veterans Honor Guard and the Virginia Army National Guard.

In lieu of flowers, please make donations to either the American Heart Association or For Pete’s Sake Animal Rescue.  Those wishing to express sympathy online may do so by visiting www.farrisfuneralservice.com and signing the online guest register.