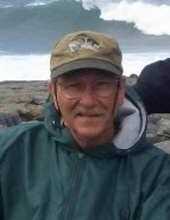 Abingdon, VA - Brian J. Murphy passed away on December 3, 2021, at the age of 74, after a long courageous battle with cancer. Being courageous was his hallmark.

He was the proud son of the late James and Elizabeth Murphy and was also predeceased by his brothers Jim and Kevin; and nephews, Peter and Michael. He had a special individual bond with the whole family and liked nothing more than hearing about everyone’s exploits and receiving pictures from every special day.

Brian was very proud of his heroic combat actions in Vietnam. He was a true hero whose courage under fire saved the lives of many soldiers. Brian did so while taking enemy fire and being hit five times. After surviving the night with his wounds, he was found and taken out of the area but not before being hit a sixth time on the stretcher. Brian received two Purple Hearts and the Bronze Star with “V” Device for Valor under Fire. He was an Army Paratrooper volunteer who never regretted his service for a second. Brian later claimed he survived the aftermath of the war by receiving the love and concern of his family, friends, and the entire neighborhood of Crestwood NY.

He was an avid outdoorsman and loved to fish in both fresh and saltwater. Brian was a hunter of countless game animals and fowl in the US, Canada, Mexico, and Africa. He was also a champion Skeet and Trap competitor. Like the whole family he was a NY Giant, Yankee and Ranger fan following the teams throughout the years. Brian was everyone’s favorite and will forever be missed and his life journey never forgotten.

Brian's wish was to be cremated and interred with his family in Gate of Haven Cemetery, Valhalla, NY.

In lieu of flowers please, memorial contributions may be made to Johnston Memorial Cancer Center, 16000, Johnston Memorial Drive, Abingdon, VA 24211, that provided Brian with wonderful care. Those wishing to share memories or messages of sympathy may do so online by visiting www.farrisfuneralservice.com.