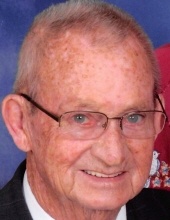 Bruce A. Stone, Sr., age 81, of Abingdon, Va., passed away on Wednesday, March 4, 2020, at Bristol Regional Medical Center.  He was born to the late Floyd Wilson Stone and Ruth Honeycutt Stone in Marion, N.C.  Bruce owned and operated B&B Meat Processing alongside his wife, Betty, for over 20 years.  He was also a former employee of Clinchfield Coal Company and owned and operated Stone’s Lawn Care.  He was a 50-year member of the Abingdon Masonic Lodge No. 48, a past District Deputy Grand Master, and the District Instructor of Work.  He was also a member of Shady Grove United Methodist Church and an employee of Farris Funeral Service.  Bruce was an avid fisherman and a fan of Duke Blue Devil basketball.

In addition to his parents, he was also preceded in death by his stepmother, Minnie Ogle Stone; and brother, Floyd Donald Stone.

Visitation will be held on Sunday, March 8, 2020, from 12:00 p.m. -2:00 p.m. at the Main Street Chapel of Farris Funeral Service. Masonic funeral rites will be rendered on Sunday at 2:00 p.m. at the funeral home by the brethren of the Abingdon Masonic Lodge No. 48.  A funeral ceremony will follow Masonic funeral rites with the Rev. Barbara Doyle and the Rev. Barbara Farmer officiating.  A committal service will follow the funeral ceremony in the Chapel of Memories Mausoleum of Forest Hills Memory Gardens.  Honorary pallbearers will be Mark Barrett, Billy Breeding, Jack Cole, and Frank Hanson.

In lieu of flowers, memorial contributions may be made to Shady Grove United Methodist Church, 329 Whites Mill Rd., Abingdon, VA 24210.

Those wishing to express sympathy online may do so by visiting www.farrisfuneralservice.com and signing the online guestbook.  The family of Bruce A. Stone, Sr. is being cared for by Farris Funeral Service and Crematory, 427 E. Main St., Abingdon, VA 24210 (276-623-2700).
To order memorial trees or send flowers to the family in memory of Bruce A. Stone, Sr., please visit our flower store.