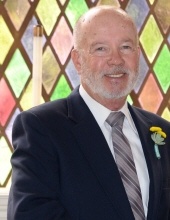 Byrd Trigg Preston, Jr., age 75, passed away on Friday, April 10, 2020 at Johnston Memorial Hospital. He was born in Abingdon, Va. to Byrd Trigg Preston, Sr. and Edith Galliher Preston. Byrd was a life-long resident of Abingdon; graduating from Abingdon High, Virginia Highlands Community College, and the National FBI Academy. He was of the Christian faith. Byrd was a U.S. Army Veteran and worked for the Federal Bureau of Investigation. He was an officer with the Abingdon Police Department for 12 years where he achieved the rank of Sergeant. Byrd was an area fire arms instructor for law enforcement. After his time in law enforcement, Byrd began a career in the automotive industry and worked at Washington Motor Company, which later became Pioneer Chevrolet. He will be remembered as a loving husband, father, grandfather and friend. He was loyal to others above himself by always being available to family, friends, co-workers and employers.

In addition to his parents, Byrd was predeceased by his father-in-law Robert May.

He is survived by his wife Suzanne; daughters Randi Preston of Abingdon and Rachel Nelson and husband Josh of Bellefonte, PA; son Ronnie Preston and wife Bridget of Marion, Va.; grandchildren James and Jacob Dick, Bre Coley, Austin, Taylor and Madi Preston and Beckett Nelson; mother-in-law Sherrye May; brother-in-law David May and wife Karen and their family; uncle and aunt Sammy and Lillian Galliher; cousins Susan and Judy and their families. He is also survived by his loyal fur baby Axle.

The family offers heart-felt thanks and appreciation to Dr. Emory Robinette for his care as a physician and the companionship of a friend; the friends and caregivers at English Meadows who care for Byrd like family; and the physicians, nurses and caregivers on 4th floor; Johnston Memorial Hospital Dr. Monya-Tambi, Dr. Peters, Charlotte Gilmer, NP, nurses Austin, Chase, Lindsey, Emily and Amber.

Memorial services and a celebration of his life will be announced later.

The family suggests that memorial contributions be made to St. Jude Children’s Hospital; StJude.org or 262 Danny Thomas Place; Memphis, TN 38105.

Those wishing to express sympathy or send “Hugs From Home” online may do so by visiting www.farrisfuneralservice.com and signing the online guest register.