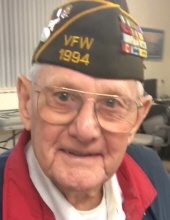 Abingdon, VA – Captain William Howard “Bill” Sexton, U.S.M.C. Retired, passed on Wednesday, November 3, 2021, in Johnston Memorial Hospital.  Captain Bill retired from the United States Marine Corps after 20 years of service.  He served in the Korean War during which time he received the Purple Heart for injuries sustained during combat and as an advisor to the South Vietnamese Marines during the Vietnam War.  After retiring from the Marine Corps, he worked for the U.S. Postal Service and Pilot Motor Freight.  Bill was a member of V.F.W. Post 1994 and Pleasant Grove United Methodist Church.

A memorial service will be held at 2:00 p.m. Sunday, November 7, 2021, in the Main Street Chapel of Farris Funeral Service with Pastor Roger Phelps and Rev. Dale Gilbert officiating.  Military honors will be provided by the United States Marine Corps.