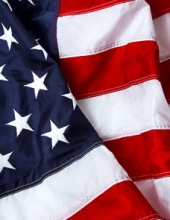 Bristol, Va. - Carlos Wayne Taylor, age 72, of Bristol, Virginia, passed away on Tuesday, April 27, 2021, at Bristol Regional Medical Center. A resident of Bristol since 1976, he was born on September 24, 1948 in Wytheville, Virginia and was a graduate of George Wythe High School.  Carlos proudly served his country with the United States Army. Having served in Vietnam, he was awarded the National Defense Service Medal; the Vietnam Service Medal with three Bronze Stars; the Republic of Vietnam Campaign Medal; and Expert (Rifle M-14) medal.

Carlos worked as a Commercial Refrigeration Technician with the Kroger Company and attended East Bristol Baptist Church.  Carlos loved keeping up and showing his 1971 Chevy Nova, in addition to coaching baseball at Washington County Little League. In later years, he enjoyed attending his grandchildren’s ball games.

Carlos was preceded in death by his father, Homer (Tooney) Taylor; and daughter, Kami Harless.

The family will receive friends and loved ones on Sunday, May 2, 2021, from 12:00 noon until 2:00 PM, in the Main Street Chapel of Farris Funeral Service. A memorial service will follow, with Pastor David Davis officiating. Covid-19 guidelines will be observed.


In lieu of flowers, memorial contributions may be made to St. Jude Children’s Research Hospital (https://www.stjude.org/donate/donate-to-st-jude.html); the Wounded Warrior Project (https://support.woundedwarriorproject.org/); or the charity of your choice.

Those wishing to express sympathy online may do so by visiting www.farrisfuneralservice.com and signing the online guestbook.   The family of Carlos Wayne Taylor is being cared for by Farris Funeral Service & Crematory, 427 E. Main St., Abingdon, Va. 24210 (276-623-2700).
To order memorial trees or send flowers to the family in memory of Carlos Wayne Taylor, please visit our flower store.