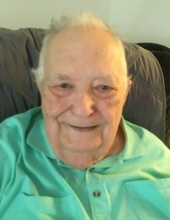 Cecil Lee Layne, Sr., age 87, of Abingdon, passed away on Tuesday, December 21, 2021, at his home. He was born November 28, 1934, to the late William Thurston Layne and Hattie Mae Hill Layne in Clintwood, Va. He was formerly employed as an auto-mechanic.

In addition to his parents, Cecil was also preceded in death by his son, “C.J.” Cecil Lee Layne, Jr.; brother, Jerry Layne; and sister, Janett Layne.

A graveside service will be held on Thursday, December 23, 2021, at 2:00 p.m. at Forest Hills Memory Gardens with Pastor Caleb Holman officiating.

The family would like to extend a special thanks to his cousin, who was a special caring angel, Shirley Hicks and husband, Roy, and Cecil’s home health nurse.