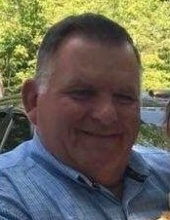 Charles Edwin “Charlie” Roberts, age 72, of Abingdon, Va., passed away on Friday, August 16, 2019, at his home.  He was born April 11, 1947, to the late Dave E. Roberts, Jr. and Mae Repass Roberts.  He retired from ABF Freight where he received the Million Mile Safe Driving Award, and previously drove for Dallas-Mavis Trucking and Mason Dixon Trucking.  He also farmed cattle and was loyal to John Deere.  He will be remembered as a devoted family man who was proud of his grandchildren.

In lieu of flowers, memorial contributions may be made to Shriners Hospitals for Children, 2900 Rocky Point Dr. Tampa, FL 33607.

Those wishing to express sympathy online may do so by visiting www.farrisfuneralservice.com and signing the online guestbook.  The family of Charles Edwin “Charlie” Roberts is being cared for by Farris Funeral Service and Crematory, 427 E. Main St., Abingdon, VA 24210 (276-623-2700).
To order memorial trees or send flowers to the family in memory of Charles Edwin "Charlie" Roberts, please visit our flower store.