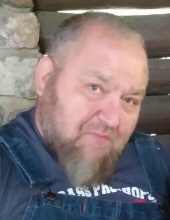 Christopher Alan Miller, age 54, of Abingdon, Va., passed away on Tuesday, February 15, 2022, at Johnston Memorial Hospital. He was a former employee of Bristol Regional Medical Center where his coworkers will be missing “Mill Mill.” Christopher was also an avid gun collector.

A memorial service will be held on Friday, February 18, 2022, at 7:00 p.m. at the Abingdon Church of Christ with Minister Bill Haywood and Elder Joe Scroggin officiating. Visitation will be held from 5:00 p.m.-7:00 p.m. prior to the service at the church.

In lieu of flowers, memorial contributions may be made to High Rock Bible Camp, P.O. Box 1454, Elizabethton, Tenn. 37644.
To order memorial trees or send flowers to the family in memory of Christopher Alan Miller, please visit our flower store.