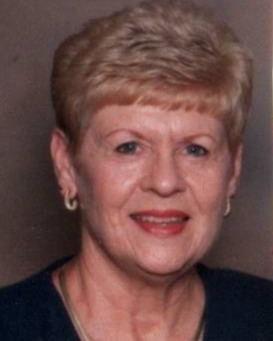 Clara E. Baumbach went on to be with the Lord on Sunday, November 13, 2022, at the Abingdon Health and Rehab Center.

She was born in San Bernardino, California, November 9, 1936, to the late Lester Harry Gillies and Elizabeth Ellen Anderson.

Clara grew up in the greater Riverside/San Bernardino, California area where she eventually met the man of her dreams, the late Robert Richard Baumbach. They married and started a family while still in their teens. Over the years, Clara had a variety of small jobs that did not last long because her heart was to be a loving housewife and mother. Clara’s family journey took her to six different states and Mexico. The family made regular visits to Abingdon, Va to visit her mother, Elizabeth Maucotel. Upon Robert’s retirement in 1993, it was only natural to move to Abingdon, Va.

Clara enjoyed camping, boating, and taking the RV to Florida during the winter months. She loved arts and crafts. Although she did dabble in painting and ceramics, her true love was sewing, especially making quilts.

It was Clara’s wish to have a private ceremony.

To order memorial trees or send flowers to the family in memory of Clara E. Baumbach, please visit our flower store.