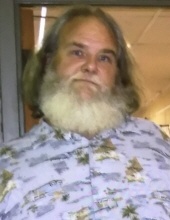 Clonnie “Lee” Lawson, age 56, of Meadowview, Va., passed away on Saturday, March 21, 2020, at his home.  He was born July 14, 1963, to the late Clonnie Artis Lawson and Mary Elizabeth Hurd Lawson.  He served as a correctional officer for the State of South Carolina and he worked at Thomas Concrete in the Atlanta area.

In addition to his parents, Lee was also preceded in death by his brother, Roger Allen Lawson.

According to his wishes Lee will be cremated.

Those wishing to express sympathy online may do so by visiting www.farrisfuneralservice.com and signing the online guestbook.  The family of Clonnie “Lee” Lawson is being cared for by Farris Funeral Service and Crematory, 427 E. Main St., Abingdon, VA 24210 (276-623-2700).
To order memorial trees or send flowers to the family in memory of Clonnie "Lee" Lawson, please visit our flower store.