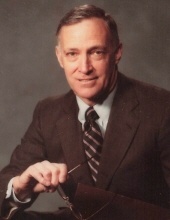 His parents, Senator Thomas C. and Lucile F. Phillips; sister, Rosaline Phillips Lynch; and wife, Eugenia Summers Phillips predeceased him. He is survived by his four children, their spouses, and nine grandchildren. Thomas was born and raised in Abingdon, Virginia. After graduation from William King High School, Thomas earned his B.A. in History from Virginia Military Institute, Class of 1950B, and was commissioned as an Infantry Officer in the United States Army. Following VMI, he served on active duty in Germany with the 43rd Infantry Division, and then completed a 30-year career in the Army Reserves retiring at the rank of Colonel.

Upon his return from Germany, Thomas entered the University of Virginia School of Law and graduated with the Class of 1955. He commenced his practice of law in Roanoke, Virginia with the law firm, Dodson, Pence, & Coulter. In 1962, he began work as in-house legal counsel for Sears Roebuck Company, which took Thomas and Eugenia to Atlanta, Georgia, where they lived from 1962 through 1986, and then to Chicago, Illinois from 1986 until his retirement from Sears in 1991. Upon retirement, he and Eugenia returned to Abingdon, where he joined as “of counsel” with the law firm, Elliott White McElroy and Hodges. During his retirement, Thomas was elected and served on the Abingdon Town Council and was an active member of Sinking Spring Presbyterian Church and active participant in many civic organizations including Kiwanis Club of Abingdon.

Thomas is survived by his children: Ellen Cavendish Phillips Smith and husband, Stephen; Thomas Caldwell (Ted) Phillips, M.D., and wife, Amy; Lucy Eugenia Phillips, Esq.; and John Summers Phillips and wife, Nancy. Thomas consistently stated that his family was his greatest joy in life. He taught his family by word and by example the values of a life founded in Christianity, commitment to family, civic contribution, willingness to work hard, persistence, and much more. In the final days before he passed, all his children, their spouses, and eight of his grandchildren visited him while he was in hospice care at Johnston Memorial Hospital. Those visits, many of which required travel from distant places, are a testament to the love that he fostered within the family throughout his life. Thomas did not pass until after the last group of visiting grandchildren had arrived safely back home, which is consistent with his forever-care for each family member.
The family expresses their special gratitude to Eva Sue Blevins and Maria Hash, who provided home aide to Thomas (after previously assisting Eugenia) in the last few years.

In lieu of flowers, the family asks that donations may be made to Sinking Spring Presbyterian Church, 136 E. Main St, Abingdon, Va. 24210, or to the charitable organization of your choice. Those wishing to express sympathy online may do so by visiting www.farrisfuneralservice.com and signing the online guestbook. The family of Thomas C. Phillips, Jr. is being cared for by Farris Funeral Service & Crematory, 427 E. Main St., Abingdon, Va. 24210, (276) 623-2700.