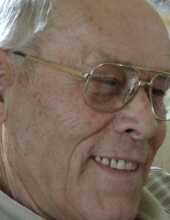 Abingdon, VA – Dan Ema Wilburn, Sr. 98, of Abingdon, Virginia died on February 21, 2022, at his home. He was born on September 25, 1923, in Thessalia, Virginia to William Andrew Wilburn and Lama Virginia Link Wilburn Harrell. He was raised by his grandparents Jacob and Sarah Victoria Link and had five brothers and one sister. He graduated from Pembroke High School in 1943 and married the love of his life Carrie Lee “Sue” Vance Wilburn in Pearisburg, a marriage which lasted until her death 76 years later.

Dan served in the United States Navy during World War II in the Pacific Theater on PT Boat 152, which was active in the Battle of Leyte Gulf. After the war he returned home to Giles County, Virginia, before moving to West Virginia to attend telegraph school. He worked as a telegraph operator, freight agent, and train dispatcher for the Old Virginian Railroad, N&W, and finally Norfolk Southern Railway until his retirement at Roanoke, Virginia in 1984.

In lieu of flowers, the family requests that donations be made to the American Cancer Society at https://www.cancer.org/involved/donate.html.

The family extends heartfelt thanks to Sissy Anderson, Eula Grant, Jenny Hicks, and Jesse Baumgardner for their tireless care and loving friendship to Dan and to April and Carrie of MSA Hospice for helping make his final days more comfortable.

Those wishing to express sympathy online may do so by visiting www.farrisfuneralservice.com and signing the online guest register. The family of Dan E. Wilburn, Sr. is being cared for by Farris Cremation & Funeral Center, 19415 Lee Highway, Abingdon, VA 24210, (276) 623-2700.

To order memorial trees or send flowers to the family in memory of Dan E. Wilburn, Sr., please visit our flower store.