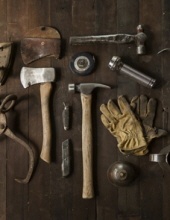 
Abingdon, VA – Darius Dean Oliver, age 92, passed on Monday, March 14, 2022, in Johnston Memorial Hospital. Mr. Oliver grew up in the Lodi, VA area and was the valedictorian of his graduating class at Liberty High School. He attended Virginia Polytechnical Institute and earned both a Bachelor’s and Master’s Degree in Education. Mr. Oliver was an agriculture teacher at Abingdon High School for 27 years and later became a State Supervisor of Vocational Education. He was very active as an advisor for the FFA and enjoyed woodworking. Mr. Oliver was a member of Beaverview Baptist Church in Bristol for many years.

A private memorial service will be held at a later date in the Colonial Chapel Mausoleum of Forest Hills Memory Gardens.

To order memorial trees or send flowers to the family in memory of Darius Dean Oliver, please visit our flower store.