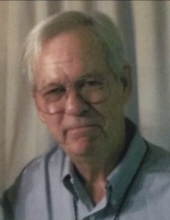 David Grant Colson, Jr., of Bristol, Va., passed away on Wednesday, August 12, 2020, at Bristol Regional Medical Center. He was surrounded by his family that he so dearly loved. David was born in Middlesboro, Ky. to the late David Grant Colson, Sr. and Sally Marie Southern Colson on November 22, 1941.

David was a 1959 graduate of Middlesboro High School and a 1972 cum laude graduate of Lincoln Memorial University, Harrogate, Tenn. David also attended graduate school at East Tennessee State University, Johnson City, Tenn. David was of the Baptist faith, a member of the First Baptist Church in Middlesboro since he was 12 years old, still maintaining his membership there. He was a computer programmer who spent many years selling mainframe computers to the banking industry. He later served as president and CEO of ATM Warehouse before he formally retired in 2012. David was an avid University of Kentucky Wildcat Basketball fan, enjoyed golfing, and loved to debate politics.

Flowers will be accepted or memorial contributions may be made to First Baptist Church of Middlesboro, Ky, P.O. Box 839, Middlesboro, KY 40965, where he was a lifelong member. Those wishing to express sympathy online or send “Hugs from Home” may do so by visiting www.farrisfuneralservice.com.
To order memorial trees or send flowers to the family in memory of David Grant Colson, Jr., please visit our flower store.