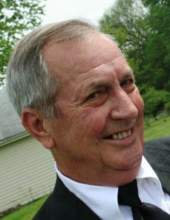 Abingdon, VA – David Ray Farley, age 75, passed on Sunday, November 22, 2020, in Johnston Memorial Hospital.  David was raised in Skygusty, WV and was a graduate of Gary High School in West Virginia.  He was a veteran of the U.S. Army and a member of Greendale Chapel.  David was an Employee of Westing House and later employed as a heavy equipment operator in the coal industry for many years.

He was preceded in death by his parents, William Paul Farley and Lethia Emmert Farley Wyatt.