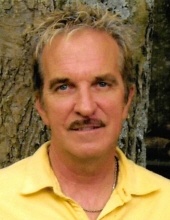 David Wayne Harris, of Bristol, Va., departed this life on Wednesday, November 13, 2019, at the age of 63.  He was born on May 29, 1956, to the late Marvin Harris and Ella Jean Buck.   David graduated from Patrick Henry High School in 1974 and got his first job at the Martha Washington Inn where he worked as a bell hop.  In 1976 he started working for (G.S.I.) Geophysical Survey, Inc. as a surveyor for natural gas and oil.  There is where he met his wife of 40 years, Buna Faye Jones, formerly of Monticello, Ky.  The two of them were married in 1979.  David later took a job with Roadway Package System which was later bought out by Fed-Ex.  He worked for Fed-Ex for 25 years and retired in 2007.  Being the hard worker he was, and at such a young age, David didn’t want to sit and do nothing.  That’s when he took a job for the City of Bristol, Tenn. as a transit clerk and bus driver.  He worked there almost 11 years before retiring due to an illness.

He always loved the outdoors and mountains.  He especially loved to fish, hike and build his fires on the back patio while enjoying the beautiful view of the mountains.  He was always known to be a hard worker.  During his spare time, the neighbors could always see him working in his yard.

David was a member of Highlands Fellowship Church where he and his wife served as pre-marriage counselors.

In addition to his wife, David is also survived by his son, Justin Tyler Harris and wife, Brittany, of Abingdon; grandson, Elijah Jase Harris, whom he dearly loved; brother, Johnny Harris, of Bristol, Va.; sister, Bonnie Gillie and husband, Brent, of Bristol, Va.; two nephews, Dwayne Bright and Douglas Harris; two nieces, Miranda Rosenbaum and Tammy Wood; as well as many additional family members, friends, and co-workers who loved him.

A celebration of life will be held on Saturday, November 16, 2019, a 11:00 a.m. at Highlands Fellowship Church, 22417 Watauga Rd., Abingdon, with Jeff Tester, Wes Ritchie, and Justin Harris officiating.  There will be no formal visitation prior to the service.

The family would like to thank the staff, nurses and volunteers at the Ballad Hospice House for their compassionate care.

Those wishing to express sympathy online may do so by visiting www.farrisfuneralservice.com and signing the online guestbook.  The family of David Wayne Harris is being cared for by Farris Funeral Service and Crematory, 427 E. Main St., Abingdon, VA 24210 (276-623-2700).
To order memorial trees or send flowers to the family in memory of David Wayne Harris, please visit our flower store.