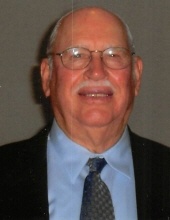 Dewey Lester Kiser, age 94, passed away at his home on Saturday, September 5, 2020. He had been a resident of Abingdon since 1986; having moved from Hurley, Va. During his working years, he was employed as a heavy equipment operator mostly with the Race Fork Coal Company. He served our country in the U.S. Army during WW II. Dewey was a member of Woodland Baptist Church. He was a loving husband, father, faithful friend, and he wore a smile that brightened any place that he entered.

To honor Dewey’s service to our country, graveside military rites will be performed by the Army National Guard and the Highlands Veterans Honor Guard.

Those wishing to express sympathy online or send “Hugs from Home” may do so by visiting www.farrisfuneralservice.com and signing the online guestbook.

The family of  Dewey Lester Kiser is being cared for by Farris Funeral Service & Crematory, 427 E. Main St., Abingdon, VA 24210, (276) 623-2700.
To order memorial trees or send flowers to the family in memory of Dewey Lester Kiser, please visit our flower store.