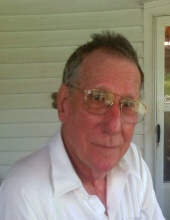 Don was a graduate of William King High School, earned his Bachelor’s in Education from Hampden-Sydney College, and his Master’s Degree from the University of Virginia.  His education experiences include Hargrave Military Academy, Pittsylvania County Schools, and Orange County Florida Schools where he retired as a teacher.  He was a lifetime member of Sinking Spring Presbyterian Church where he was a member of the choir and the bell choir.

A celebration of life will be held at a later date. The family would like to extend special thanks to Mr. Ault’s daughter-in-law, Lisa Rishel Ault for the care given over the past months as well as to Caris Health Care and Hospice.

Those wishing to share memories, express sympathy, and send “Hugs from Home” may do so by visiting www.farrisfuneralservice.com. The family of Donald Moore Ault is being cared for by Farris Cremation & Funeral Center, 19415 Lee Highway, Abingdon, VA 24210, (276) 623-2700.
To order memorial trees or send flowers to the family in memory of Donald Moore Ault, please visit our flower store.