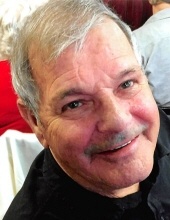 Donald R. Fuller, age 76, passed away peacefully on Wednesday, September 25, 2019, in Bristol, Va. with his family by his side.  He was born December 7, 1942, in Dickenson County, Va. to the late Tivis Fuller and Stella Wood Fuller.

He worked many years as a mine supply clerk before retiring and moving to Bristol ten years ago.

In addition to his parents, he was also preceded in death by two sisters, Thelma Viers and Fern Owens.

A funeral ceremony will be held on Friday, September 27, 2019, at 7:00 p.m. at the Forest Hills Chapel of Farris Funeral Service, 19415 Lee Hwy., Abingdon, VA, with Elders Roger Fuller, Don Stacey, and Noah Kim Edwards officiating.  A cryptside service will be held on Saturday, September 28, 2019, at 11:00 a.m. in the Serenity Garden Mausoleum of Forest Hills Memory Gardens.  Honorary pallbearers will be James Fuller, Matthew Fuller, Frank Irvin, Ed Mayo, Ronnie Owens, and Brad Stanley.  Visitation will be held on Friday from 6:00 p.m.-7:00 p.m. at the Forest Hills Chapel prior to the service.

Those wishing to express sympathy online may do so by visiting www.farrisfuneralservice.com and signing the online guestbook.  The family of Donald R. Fuller is being cared for by Farris Cremation and Funeral Center, 19415 Lee Hwy., Abingdon, VA 24210 (276-623-2700).
To order memorial trees or send flowers to the family in memory of Donald R. Fuller, please visit our flower store.