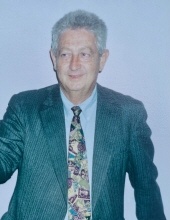 Donald Wayne Hinchey, age 79, of Abingdon, Virginia, passed peacefully surrounded by his family on July 23, 2021. Don, better known as Grand by his family and friends, was born in Abingdon, Va. on July 17, 1942, and was the youngest of seven siblings. After retiring from the Air Force in 1964, Don was a well respected Game Warden for the State of Virginia for over 40 years.

The family would like to extend their appreciation and gratitude to Cindy Fields, Rose Blankenship, Jonathan Skeen, Jennifer Wilson, Teresa Honaker, Tommie Wiles and everyone at Abingdon Health and Rehab who assisted in making Don’s last years comfortable.

A graveside service will be held at 2:00 p.m. Wednesday, July 28, 2021, at Knollkreg Memorial Park with Rev. Jerry A. Eggers officiating.  Military honors will be provided by the United States Air Force and the Highlands Veterans Honor Guard.

Those wishing to express sympathy online may do so by visiting www.farrisfuneralservice.com and signing the online guestbook.  The family of Donald Wayne Hinchey is being cared for by Farris Funeral Service and Crematory, 427 E. Main St., Abingdon, Va. 24210 (276-623-2700).
To order memorial trees or send flowers to the family in memory of Donald Wayne Hinchey, please visit our flower store.