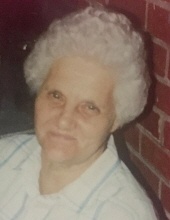 Doris Ellen Neely, age 95, of Damascus, Va., passed away on Friday, March 18, 2022, at her home. She was born November 19, 1926, to the late Walter Crowe Neely and Mary Rutledge Neely. Doris was a lifelong resident of Damascus and worked a factory job. She primarily worked at restaurants including Steffey’s Restaurant and Gateway Restaurant. Doris was a caretaker for numerous family members and friends and was widely known as “Granny”.

In addition to her parents, Doris was also preceded in death by her son, Bobby Stanley; two brothers, Wilton Neely and Gordon Neely; sister, Kathleen Neely; and a grandson, Michael R. Stanley.

The family would like to express their appreciation to nurses Shannon, Jenny, and Christine of Kindred Hospice.

To order memorial trees or send flowers to the family in memory of Doris Ellen Neely, please visit our flower store.