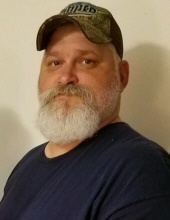 Doyle worked for Amerigas as a Certified Service Technician in Marion, Virginia since 2006, and was a United States Army veteran. Doyle was of the Christian faith, and absolutely loved the woods, fishing, and being outdoors.

A private family graveside service will be held at a later date.

Those wishing to express sympathy or send “Hugs from Home” may do so by visiting www.farrisfuneralservice.com.