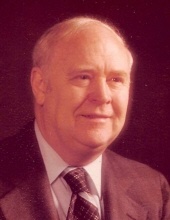 Clifford was given the nickname Jake by his father at a very early age which remained with him the rest of his life.  Jake grew up in Coeburn, VA and attended Coeburn High School where he was an outstanding student and athlete. He was elected all county guard in football for three years, and All Southwest Virginia guard for two years. In his senior year, he was captain of his team as well as president of his senior class.

After graduating from Coeburn High School in the spring of 1942, he received a scholarship to VPI of Blacksburg. By this time, WWII had begun. He knew that he would be drafted, and he would not be able to play football there. In June of 1943 the Marine Corps called him for service by sending him to Duke University at Durham, NC. He was one of eight hundred marines that had been recruited for the V-12 program. After being discharged from 11 years of service during WWII, as a lieutenant, he was quickly recruited to serve during the Korean War, where he officially retired from service as a Captain of the Marine Corp totaling of 22 years of service to his country.

When his duty was over, he enrolled in Optometry in Memphis, TN where he met his future wife Shirley Lawson where she was attending the UT College of Nursing at Memphis. After dating a year, they were married in Carlisle, AR on September 30, 1956. Immediately after their union, they moved to Coeburn, VA where he began his 42-year practice of optometry. He was blessed with three children from his marriage to Shirley.

Outside of their love for their children, one of their passions was travel. They traveled to 65 countries, 6 continents and all 50 states. During their many travels, he enjoyed and pursued his second greatest passion photography. While traveling he served on the Southern Baptist Foreign Mission Board where he volunteered with various medical teams for the purpose of conducting free eye exams and furnishing eyeglasses for those in need.

Not only did he have a love for his family, but also had a love for serving his community. Some of these positions included: Coeburn Planning Commission, Treasure of Lamplighter Development Corporation, Farmers Exchange Bank, Sovran, C&S Sovran, Nations Bank, County Regional Library Board, Lonesome Pine Optometric Society, American Optometric Association, Kiwanis Club, and the Sons of American Revolution. In addition, he was awarded the 4th highest honor of the Lions International Club, named a Kentucky Colonel and a 32nd degree Mason. He was a member of the Coeburn Baptist Church where he served as a deacon and a longtime member of Abingdon Baptist Church.

The final chapter of his life was the greatest challenge of all. As a result of a fall at home, he sustained a catastrophic spinal cord injury which resulted in him becoming a quadriplegic for the remainder of his life. For 13 years he remained a model of endurance for his family during this extremely difficult time.

The family would like to extend their gratitude to the many care givers and physicians that have supported and cared for Jake.  Special thanks to Dr. Roger McSherry, Dr. Clint Sutherland, Dr. Bryan Watson of the VA Johnson City and Dr. Jon Lin of the Shepperd Spinal Center in Atlanta, GA.  Memorial Contributions can be made to: Abingdon Baptist Church, Coeburn Baptist Church, Lions Club International and the Shepperd Spinal Center of Atlanta, GA.

Funeral services will be held on Monday, September 13, 2021, at 2:00 p.m. at Abingdon Baptist Church with Pastor Bill Bryan and Pastor Lee Kidd officiating.  Interment will follow in Forest Hill Memory Gardens with military rites conducted by Highlands Veterans Honor Guard and the United States Marine Corps. Pallbearers will be family and friends.  Honorary Pallbearers will be the Denton’s Mens Sunday School Class and Grandsons.