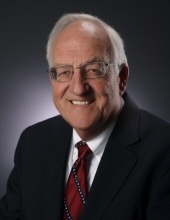 
Dr. Richard Arlen Wolfe, age 82, of Banner Elk, N.C., Bristol, Va., and formerly of Abingdon, Va., passed away on Saturday, March 5, 2022. He was born January 11, 1940, in Beckley, W. Va. to the late Seth Low Wolfe and Bessie Suiter Wolfe. Richard received his bachelor’s degree from Virginia Tech and his master’s and doctorate from the University of Cincinnati while working for Monsanto Laboratories. Richard worked for the Department of Energy where he developed technologies that aided in the creation of processes that enabled the safe disposal of nuclear waste material. He collaborated with NASA on the Apollo Space Program and developed a nuclear power supply system that is still in operation on the moon. Richard was a nuclear and chemical engineer which aided in his true passion of coal research. He joined United Coal Company in 1979 and aided in the research and development of new coal technologies. He was a business owner and published writer. He built and owned several wineries both in Abingdon and Banner Elk. Being an avid hiker later in life, he was able to climb Mount Kilimanjaro and Wayna Picchu at 70 and 75. Until his death, Richard never lost his enthusiasm for research and has several cutting-edge projects in the coal sciences ongoing. Richard was an active member of Emmanuel Episcopal Church in Bristol, Va. having served on the vestry.

In addition to his parents, Richard was also preceded in death by his sister, Veronica Gail Wolfe Yates.
He is survived by his sons, Eric Wolfe and wife, Rhonda, of Sevierville, Tenn. and Travis Wolfe and wife, Janet, of Bonneau Beach, S.C.; nephew, Dean Yates and wife, Angie, of Abingdon, Va.; and beloved friend and companion, Loretta Trayer, of Bristol, Va.

In lieu of flowers, memorial contributions may be made to Emmanuel Episcopal Church.

Those wishing to express sympathy online may do so by visiting www.farrisfuneralservice.com and signing the online guestbook. The family of Dr. Richard Arlen Wolfe is being cared for by Farris Funeral Service and Crematory, 427 E. Main St., Abingdon, Va. 24210 (276-623-2700).

To order memorial trees or send flowers to the family in memory of Dr. Richard Arlen Wolfe, please visit our flower store.