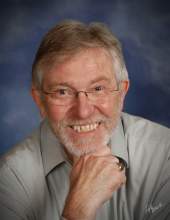 Edwin Samuel Clark, age 71, passed away peacefully on Friday, December 11, 2020, at the Cleveland Clinic, Cleveland, Ohio, just after seeing his children and with his wife by his side. Born and raised in Seattle, Wash., Ed joined the United States Army shortly after graduating from high school. Surviving the Vietnam War, he returned to Puget Sound on the West Coast in 1969. Over the course of the next two decades, he worked as a commercial fisherman, abandoned a brief career as a logger after viewing a mountain that had been clearcut, climbed Mount Rainier, hiked in the Northern Cascade Range and Olympic Peninsula, received an undergraduate degree in English from the University of Washington, and operated his own small business. He joined the United States Peace Corps in 1988 and served as a Volunteer in Nahualá, Sololá, Guatemala, until 1990. Following his Peace Corps service, Ed received his graduate degree in Special Education from George Washington University in Washington D.C., taught school at Francis Scott Key Middle School in Md., and married his best friend from his time in the Peace Corps. Ed moved to Abingdon, VA, in 1994, to start his family. He was a member of Abingdon United Methodist Church but reflected on his faith and religion most often while hiking and flyfishing in the Appalachian Mountains of Southwest Virginia. After retiring as a Special Education and English teacher at Abingdon High School in 2015, he began writing a novel called Stacked Deck, which was published in 2020. Ed loved his family and took great pride in both of his beloved children. He was a good man who believed in kindness and forgiveness. He also was a practical man who appreciated satire, possessed a dry-wit, listened to classical music, enjoyed reading and good lager beer (though not necessarily at the same time), and loved life up until the day he had to say goodbye.

No service or memorial will be held until the threat of COVID-19 subsides significantly. Following Ed’s final act to extend life to 50 to 100 other individuals through organ and tissue donation, his remains will be cremated and scattered according to his wishes.Ed requested that in lieu of flowers, friends and family consider remembering him through donations to the Association for the Prevention of Cruelty to Animals (aspca.org), COVID-19 Relief Fund for Southwest Virginia Communities (https://unitedwayswva.org/covid19), the Special Olympics (specialolympics.org), Partner for Surgery (partnerforsurgery.org), or any charitable cause aiming to make the world a kinder and better place.
To order memorial trees or send flowers to the family in memory of Edwin Samuel Clark, please visit our flower store.