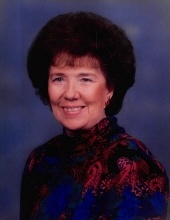 Frances Blevins Turley, age 89,  born in Abingdon, Va., lived in Illinois for 27 years, then returned to her hometown of Abingdon. She then worked at H.P. King in Bristol, Va. and then went on to work at Bristol Compressors for 17 years before retiring in 1995.  She spent her retirement years helping others and cooking for family gatherings.  Having time with her brothers and sisters was of great importance to her.

She was preceded in death by her parents, William Blevins and Lucy Hess Blevins; six sisters; three brothers; and her husband, Kenneth R. Turley.

She is survived by three children:  James E. (Cheryl) Turley of Galesburg, Ill.; Barbara (Tim) McCaleb of Springfield, Miss.; and Kevin R. Turley of Bristol, Va., who was by his mother’s side as a cargiver at the time of her passing; sister, Jean Price of Abingdon, Va.; six grandchildren, Jarrod Anderson, Erin Anderson, David Turley, Sarah Lipe, Whitney McCaleb, and Graham McCaleb; great grandson, Carson McCaleb; and several cousins, nieces, nephews, and great nieces, and nephews.

A graveside service will be held on Wednesday, November 24, 2021, at 2:00 p.m. at Forest Hills Memory Gardens with the Rev. Barbara Doyle officiating.

The family would like to extend a special thanks to the staff of Caris Hospice.

Those wishing to express sympathy online may do so by visiting www.farrisfuneralservice.com and signing the online guestbook.  The family of Frances Blevins Turley is being cared for by Farris Funeral Service and Crematory, 427 E. Main St., Abingdon, Va. 24210 (276-623-2700).
To order memorial trees or send flowers to the family in memory of Frances Blevins Turley, please visit our flower store.