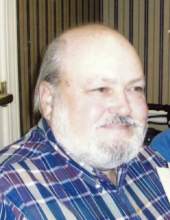 He was born on June 8, 1938, in Lewisburg, West Virginia. Frank was a veteran of the Army where he proudly served his country in Korea and Japan. Upon returning from his military service, he worked as a finance manager for Citi Bank until retiring in 1999.

The family will have a private graveside service at Glade Baptist Cemetery with Rev. Barbara Farmer officiating. Full military honors will be rendered by the Francis Marion V.F.W. Post 4667.

Those wishing to express sympathy online may do so by visiting www.farrisfuneralservice.com and signing the online guestbook. The family of Frank H. Darlington is being cared for by Farris Funeral Service and Crematory, 427 E. Main St., Abingdon, Va. 24210 (276-623-2700).

To order memorial trees or send flowers to the family in memory of Frank Harold Darlington , please visit our flower store.