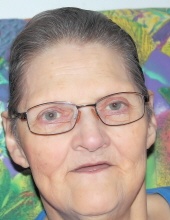 Geneva Frances Reynolds, age 73, of Abingdon, Va., gained her angel wings on Tuesday, November 10, 2020.  She was of the Christian faith and attended the Abingdon First Assembly of God for many years.  Geneva later attended the Little Storehouse Baptist Church.  She worked in several family run restaurants that were managed by her aunt, Geneva Fulton, including City Café, Wall Street Café, and Fulton Grill.  She was also employed at the Bus Station Café, which was owned by Steve Wise, and Giant Café located in the once Giant Food Mart in Bristol, Tenn.  She will be remembered as a devoted wife, mother, and grandmother whose door was always open.

Face coverings are required and social distancing practices are to be observed.

Those wishing to express sympathy online or send “Hugs from Home” may do so by visiting www.farrisfuneralservice.com.  The family of Geneva Frances Reynolds is being cared for by Farris Funeral Service and Crematory, 427 E. Main St., Abingdon, VA 24210 (276-623-2700).
To order memorial trees or send flowers to the family in memory of Geneva Frances Reynolds, please visit our flower store.