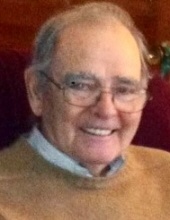 Bristol, Va. – George Willis Toon, age 93, of Bristol, Virginia passed away peacefully at his home on Wednesday, January 13, 2021. He was born December 23, 1927 in Abingdon, Virginia, the son of the late Smith Toon and Doney Ethel Hinchey Toon.

George retired from the position of Executive Director of the Bristol, Virginia Housing Authority. He studied Architectural Drafting at Washington County Technical School and East Tennessee State University. He pursued his career in drafting by designing multiple structures, some of which include 1982 World’s Fair buildings in Knoxville, Tennessee and the Athletic Suite at Virginia High School in Bristol, Virginia. George served in the United States Army during the Korean War.  He was stationed in France and Fort Lee in Virginia.

George enjoyed rebuilding cars, boating, and waterskiing. He designed and built a house on Boone Lake where fond memories were made and time with friends was spent. After his retirement, he and his wife Mary researched family history for both families.

In addition to his parents, George was preceded in death by his wife, Mary Sue Scott Toon, and infant son born to them.

Family and friends will gather for a Graveside service at 11:00 AM, Tuesday, January 19, 2021, at Forest Hills Memory Gardens, with Pastor Jimmy Sproles officiating. Kelvin E. Jeter, Ricky Toombs, Andy Rouse, and Doug Dingus will serve as honorary pallbearers. Military honors will be provided by the Highlands Veterans National Honor Guard. In accordance with Covid-19 restrictions, social distancing practices will be implemented, and face masks will be required for attendance.

Those wishing to express sympathy online or send “Hugs from Home” may do so by visiting www.farrisfuneralservice.com. The family of George Willis Toon is being cared for by Farris Funeral Service and Crematory, 427 E. Main St., Abingdon, Va. 24210 (276-623-2700).
To order memorial trees or send flowers to the family in memory of George Willis Toon, please visit our flower store.