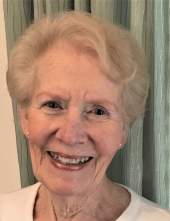 Born in Cincinnati, Ohio on September 14, 1937, she was a daughter of the late Charles Adolf Varelmann and Dorothy Vernon Isphording Varelmann. In addition to her parents, she was preceded in death by her husband, Lee Price; and her former husband, Col. (ret) W.J. Buchanan, Jr.

She was a graduate of Avondale High School in Avondale Estates, GA and attended the University of Chicago.

As a young woman, she was a soloist with the Atlanta Ballet Company (formerly the Atlanta Civic Ballet) in Atlanta, GA and taught classical ballet for the company’s schools. Following her marriage to a career U.S. Army officer, she organized and taught ballet classes for many years in several different locations as the family was transferred due to military orders. Eventually choosing a second career, she became a writer, editor, managing editor and later, owner of her own freelance writing and editing business, Inkwell Editorial Services.

After her move to Abingdon in 2004, she wrote for the Abingdon Arts Depot newsletter. She was a member of the Arts Depot Wednesday Morning Painters and enjoyed oil painting, a hobby which she first began after moving to Abingdon. She was a long-time member of the Abingdon Area Newcomers Club, serving as secretary of that organization for two years and as co-chairman of its Ways and Means Committee for two years. She also volunteered for a number of years as an usher with The Barter Theatre. She was a member of St. Thomas Episcopal Church in Abingdon, where she served a number of years on the church’s Altar Guild.

A Celebration of Life service is planned for Friday, September 9, 2022 at 10 a.m. at St. Thomas Episcopal Church in Abingdon. In lieu of flowers, memorial contributions may be made to St. Jude Children’s Research Hospital, 501 St. Jude Place, Memphis, TN 38105 or via www.stjude.org.

To order memorial trees or send flowers to the family in memory of Helen Varelmann Buchanan Price, please visit our flower store.