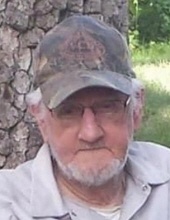 Visitation with the family will be held 6-8 p.m. Wednesday, March 10, 2021, in the Main Street Chapel of Farris Funeral Service.  Funeral services will be conducted at 11:00 a.m. Thursday at the funeral home with Brandon Hensley officiating.  Interment will follow in Valley View Cemetery with Shayne Leonard, Justin Leonard, Josh Pope, Brent Pope, Brandon Peck, and Anthony Wilder serving as pallbearers.  Honorary pallbearers will be Rick Leonard, Dustin Pope, and Randy Hensley.

Those wishing to express sympathy online may do so by visiting www.farrifuneralservice.com and signing the online guest register.