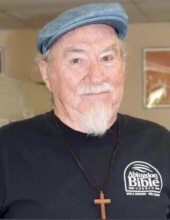 Herman C. Snead, age 82, of Abingdon, Va., went to be with the Lord on Sunday, July 4, 2021, at Johnston Memorial Hospital.  He was born January 25, 1939, to the late Clarence Snead and Nana Elizabeth Blevins Snead.  Herman was a CWI and Nuclear Inspector for the former Carolina Steel Company.  He volunteered alongside his brother and brother-in-law with the Washington County Lifesaving Crew.  Herman was a member of Abingdon Bible Church and was a dedicated volunteer at Faith in Action for over 20 years where he volunteered until the time of his passing.

In addition to his parents, Herman was also preceded in death by his brother, Malcolm Snead.

A graveside service will be held on Saturday, July 10, 2021, at 1:00 p.m. in Knollkreg Memorial Park with Rev. Jerry A. Eggers officiating.

Those wishing to express sympathy online may do so by visiting www.farrisfuneralservice.com and signing the online guestbook.  The family of Herman C. Snead is being cared for by Farris Funeral Service and Crematory, 427 E. Main St., Abingdon, Va. 24210 (276-623-2700).
To order memorial trees or send flowers to the family in memory of Herman C. Snead, please visit our flower store.