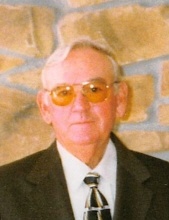 Howard E. Morrell, age 91, of Abingdon, Va., passed away on Sunday, November 24, 2019, at Johnson City Medical Center.  He was born April 28, 1928, to the late Louis Morrell and Arlene Carrier Morrell.  Howard served in the United States Navy aboard the U.S.S. Missouri.  He was the owner and operator of Morrell’s Shoe Store in Abingdon.  Howard was a member of the Abingdon Masonic Lodge No. 48.

In addition to his parents, he was also preceded in death by his wife, Carita Mae Rogers Morrell; son, Dr. Roger Morrell; two brothers; and four sisters.

Visitation will be held on Tuesday, November 26, 2019, from 6:00 p.m.-8:00 p.m. at the Main Street Chapel of Farris Funeral Service.  Entombment will be private at the Chapel of Memories Mausoleum of Forest Hills Memory Gardens.

In lieu of flowers, memorial contributions may be made to the Alzheimer’s Association, 355 Rio Rd. W., Suite 102, Charlottesville, VA 22901, or the charity of your choice.

Those wishing to express sympathy online may do so by visiting www.farrisfuneralservice.com and signing the online guestbook.  The family of Howard E. Morrell is being cared for by Farris Funeral Service and Crematory, 427 E. Main St., Abingdon, VA 24210 (276-623-2700).
To order memorial trees or send flowers to the family in memory of Howard E. Morrell, please visit our flower store.