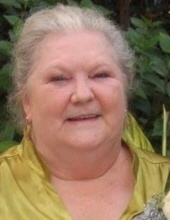 Ima Jean Smith Delph, age 77, of Johnson City, Tenn., went to be with her Lord, on December 16, 2021, at Tennova Healthcare in Cleveland, Tenn. She was born to the late John Wesley Deyton and Mary A. Tipton Deyton in Morganton, NC, on February 23, 1944.

She was feisty, which was evident in her ability to raise three daughters on her own after her first husband passed away. Ima Jean was an avid gardener with a special affinity for yellow roses. She was a wonderful mother, a good sister to her siblings, an excellent grandmother, and a loyal friend to anyone she met. She was loved by all who had the pleasure of meeting her.

In addition to her parents, she is preceded in death by her first husband, true love, and father of her children, John Henry Smith; two sisters; two brothers; and her infant son, Lloyd Smith.

Those wishing to express sympathy online may do so by visiting www.farrisfuneralservice.com and signing the online guestbook. The family of Ima Jean Smith Delph is being cared for by Farris Funeral Service. 427 East Main Street, Abingdon, Va., 24210. 276-623-2700.
To order memorial trees or send flowers to the family in memory of Ima Jean Smith Delph, please visit our flower store.