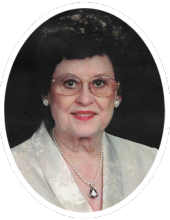 Ina was born to the late Isaac Elwood Corder and Margaret “Maggie” Wright Corder on 22 February 1927 in Wise, Va. The family moved from Wise County to Marietta, Okla. for a brief period before resettling in Grainger County, Tenn. As a child, her family spent their summers in Rutledge, Tenn. vacationing with the Pemberton-Long family. Ina met her husband, Hugh Andrew Stephenson, Jr. in Bristol, Va. and the couple married on 22 June 1947 in Johnson City, Tenn. The family relocated to Ohio where Mr. Stephenson managed Sandusky Crushed Stone Company. While residing in Ohio, Ina attended Ohio State University School of Landscape Design Architecture. She was appointed administrative assistant with Roger’s Group, aka Sandusky Crushed Stone Company, while working there part time. While living in Ohio, Ina was a member of Bellevue United Methodist Church. Ina and her husband moved to Bristol, Tenn. in 1994 where they joined the First Presbyterian Church. Mr. Stephenson passed away on 13 May 2002 from lung cancer. Ina devoted her time as a volunteer researcher at the Historical Society of Washington County where she met her second husband, Ralph Eugene Marbury, Jr. The couple married on 13 April 2004 and they joined the Old Glade Spring Presbyterian Church. They enjoyed eight years of marriage before Mr. Marbury’s passing in 2012 from dementia.

Those wishing to express sympathy online may do so by visiting www.farrisfuneralservice.com and signing the online guestbook. The family of Ina Faye Corder Stephenson Marbury is being cared for by Farris Funeral Service and Crematory, 427 E. Main St., Abingdon, Va. 24210 (276-623-2700).
To order memorial trees or send flowers to the family in memory of Ina Faye Corder Stephenson Marbury, please visit our flower store.