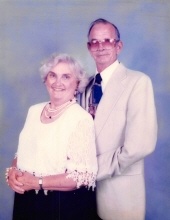 Irma Rose Diederich Rockwell “Mimi Rockwell” left her earthly home in Bristol, Va. according to the design of her heavenly Creator on Thursday, January 9, 2020.

She raised a family of three children and simultaneously continued her education at San Jose City College in California, University of Houston in Texas, and The Ohio State University in Columbus, Ohio. She earned Bachelor degrees in both English and French Teachers Education.

She became a Social Worker for the State of Delaware in 1975 and was a foster care and adoptions worker until 1980 when she entered The Ohio State University for graduate work and earned a Masters in Social Work in 1982.

Following commencement, she moved to Bristol, Va. where she became the Assistant Director at the Bristol Crisis Center. The following year she accepted a position as Clinical Social Worker for the Bristol Regional Counseling Center, now Frontier Health. Her last year there she was Co-Clinical Director of Adult Outpatient Services. She opened a private practice, Maple Hill Therapy Center, in 1992 in Bristol, Tenn. She retired in 1999.

Her avocations had been storytelling, and she often used healing stories in her counseling sessions. She began writing longer performance pieces and in 1996 she joined the Jonesborough Storytelling Guild as a performance storyteller. A few months later, she founded the Beaver Creek Storytellers Association of Bristol Tennessee-Virginia and served as Executive and Artistic Director until the present.

In 2000 she was a founding member of the Virginia Storytelling Alliance, a statewide organization. She served on their Board of Directors for the next five years and chaired their annual conference in 2004 and 2007.

She also belongs to the Tennessee Storytelling Association and National Storytelling Network. The latter awarded her and her husband the Mid-Atlantic Regional Leadership and Service Award for 2004.

She and Reginald B. Rockwell “Rocky” were married in 1976, he predeceased her. She is survived by one daughter, Sherry Hohmann of Riverside, Calif.; two sons, Eric Spooner of Boston, Mass. and Alan Spooner of Philadelphia, Penn.; one step-son, Geoffrey Rockwell of Tifton, Ga.; and two step-grandchildren, Jessica and Christopher Rockwell of Lynchburg, Va. Also surviving are two sons-in-law, Tom Hohmann and Armas Koehler; a daughter-in-law, Ren LaRosa; and a special niece, Rosalie Rosebrock, of Mark Center, Ohio.

Those wishing to express sympathy online may do so by visiting www.farrisfuneralservice.com and signing the online guest register. The family of Irma Rose Diederich Rockwell is being cared for by Farris Funeral Service & Crematory, 427 East Main St., Abingdon, VA 24210, (276) 623-2700.
To order memorial trees or send flowers to the family in memory of Irma Rose Diederich Rockwell, please visit our flower store.