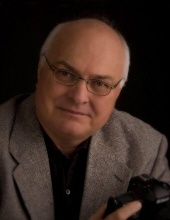 He retired from the Army National Guard after serving for over 20 years and retired from Eastman Chemical Company after more than 30 years of service where he worked in the lab as a chemical analyst.

He was preceded in death by his parents, Eugene “Teenie” Scott and Hazel Morris Scott; wife of 27 years, Janice Kaye Lilly Scott; and a sister, Shayne Scott.

A graveside service will be held on Friday, December 17, 2021, at 2:00 p.m. in the Southwest Virginia Veterans Cemetery, 5550 Bagging Plant Rd., Dublin, Va. 24084, where Military Honors will be provided by the Virginia Army National Guard and American Legion Post 58 of Dublin.

Those wishing to express sympathy online may do so by visiting www.farrisfuneralservice.com and signing the online guestbook. The family of Ivan G. Scott is being cared for by Farris Funeral Service and Crematory, 427 E. Main St., Abingdon, Va. 24210 (276-623-2700).
To order memorial trees or send flowers to the family in memory of Ivan G. Scott, please visit our flower store.