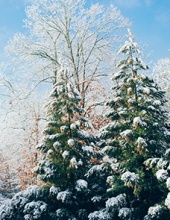 Abingdon, Va. – Jackson Abraham Demeyers, age  80, of Abingdon, Virginia, passed away on November 4, 2020. He was born on September 22, 1940, to the late Abraham and Elizabeth Hermenet Demeyers.

Born in Sodus, New York, he graduated from Rochester Technical Institute with a degree in Electronics. He worked as an Electronics Technician for American Can Company.  Jackson excelled in everything he put his mind or hand to. He was a Championship-class bowler, having bowled more than one 300 game, and having traveled to compete in championship tournaments. He was also an expert poker and pool player. He achieved the honor, when in his sixties, of finishing in second place in a national pool tournament in Las Vegas, Nevada. Jackson was a huge fan of the Country Music greats, especially Hank Williams and Johnny Cash.

In addition to his parents, Jackson was preceded in death by a son, Dennis; and a daughter, BeLinda.

He is survived by his loving wife, Georgia Demeyers; one son, Aaron Demeyers of Kingsport, Tennessee; one daughter, Sylvia Jandreau of Newark, New York; two brothers, Richard of New York, and Randy of Hawaii; one sister, Joyce of New York; four grandchildren; and five great-grandchildren.

A Memorial Service & Celebration of Life will be planned at a later date. In observance of Covid-19 restrictions, social distancing will be practiced and masks will be required for attendance.

Those wishing to express sympathy online or send “Hugs from Home” may do so by visiting www.farrisfuneralservice.com and signing the online guestbook.
To order memorial trees or send flowers to the family in memory of Jackson Abraham Demeyers, please visit our flower store.