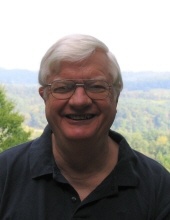 Abingdon, VA - James Everett "Jim" Combs, age 80, of Abingdon, Va., passed away on Saturday, June 5, 2021, at his home surrounded by his family.  He was born May 9, 1941, to the late Cecil Combs and Jacqueline Hobson Combs in Lebanon, Va.  Jim was an Air Force veteran of the Vietnam War and attained his Ph.D. in political science from the University of Missouri. Jim spent his entire teaching career in the political science department at Valparaiso University, where he influenced the lives of countless students, many of whom kept in touch with him for the rest of his life. He was an active member of the Popular Culture Association and the International Communication Association.

He was author, co-author, or editor of a wide variety of books and articles on social and political communication and popular culture, exploring such concepts as political drama, phony culture, the comedy of democracy, and the expansion of social play. His later works focused on the social and aesthetic importance of motion pictures.

Jim retired from teaching in 1992 as Professor Emeritus, but he never retired from learning and writing. In fact, he finished his last book just months before his death. During his lifetime he authored or co-authored over 20 books. Jim was an avid animal lover and enjoyed hiking, traveling, gardening, and just being out in nature. In his retirement years, he completed many of his writing projects in a cabin in the woods along with his beloved wife, Sara, surrounded by trees and woodland animals.

In lieu of flowers, memorial contributions may be made to the Margaret B. Mitchell Spay and Neuter Clinic, 16222 Lee Highway, Bristol, Va. 24202.

The family of James Everett “Jim” Combs is being cared for by Farris Funeral Service and Crematory, 427 E. Main St., Abingdon, Va. 24210 (276-623-2700).
To order memorial trees or send flowers to the family in memory of James Everett Combs, please visit our flower store.