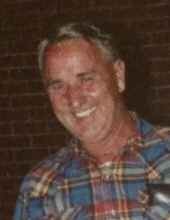 Visitation with the family will be held 6-8 p.m. Saturday, October 3, 2020, in the Main Street Chapel of Farris Funeral Service. Funeral services will be conducted at 3:00 p.m. Sunday at the funeral home with Caleb Holman officiating. Interment will follow in Forest Hills Memory Gardens with Tre’ Widner, Justin Morrison, Daniel Morrison, Robert Morrison, Jr., and  Ricky Morrison serving as pallbearers. The live-streamed service may be viewed by following this link https://youtu.be/OHEUQHCKGME.

Face masks are required and social distancing practices are to be observed. Those wishing to express sympathy online or send “Hugs from Home” may do so by visiting www.farrisfuneralservice.com.