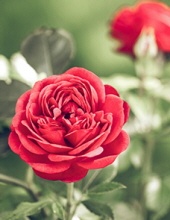 Janet Theresa Munk, age 71, passed away on Thursday, October 31, 2019 at Johnston Memorial Hospital. She was a long-time resident of Flemington, NJ, and moved to Abingdon in 2016. Janet was a career elementary school teacher and loved third graders. She said that if third graders ruled the world, there would be no problems. She was a Master Gardner and used her talents with hands-on teaching methods for her students. She saw problem children come alive by helping her in the garden. Student pride of accomplishment and parent involvement were the fruits of her labors. Janet was a founding member of St. Elizabeth Ann Seton Parish in Flemington, NJ. She and her husband, Bill, were active in all facets and activities in the church. She was quick to say that the church was the center of their lives. In Abingdon, she was a member of Christ The King Catholic Church.

Janet was predeceased by her parents Joseph and Stephanie Pilipiak Klimchak.

In lieu of flowers, the family requests that memorial contributions be made to Faith In Action; 798 Hillman Highway, NE; Abingdon, VA 24210.

Those wishing to share memories or messages of sympathy may do so online by visiting www.farrisfuneralservice.com. The Main Street Chapel of Farris Funeral Service, 427 East Main Street, Abingdon, Va. 24210 is serving the family of Janet Theresa Munk (276)623-2700.
To order memorial trees or send flowers to the family in memory of Janet Theresa Munk, please visit our flower store.