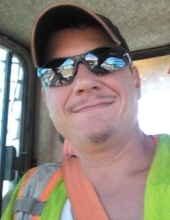 Bristol, VA – Jason Nathaniel Gilmer, age 42, passed on Wednesday, February 16, 2022. Jason was a 1997 graduate of John Battle High School and was a very accomplished welder. He enjoyed fishing, motorcycles, playing guitar, fishing, hunting, being in Nature. Jason took much pride in being a simple man.