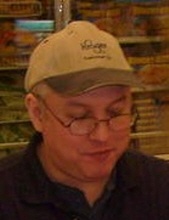 Abingdon, VA – Jeffrey Allen Whittaker, age 61, passed on Wednesday, January 5, 2022, at his home. Mr. Whittaker was a 1978 Graduate of Abingdon High School and retired from Kroger after nearly 40 years of employment. He was preceded in death by his mother, Nancy Alice McCormick Whittaker.

He is survived by his father, Jack Edward Whittaker; sister, Jackie Whittaker; and several cousins.

At Mr. Whittaker’s request, no services will be conducted.