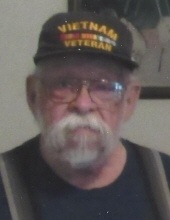 Jerry Eugene Vencill, age 77, of Bristol, Va. and formerly of Manassas, Va., passed away on Saturday, November 21, 2020, at Bristol Regional Medical Center.  He served his country in the United States Marine Corps. having served two tours in Vietnam.  Jerry retired from A-1 Glass, Co. in Manassas after 38 years.  He was also active in the veterans’ service organizations in Manassas.  Jerry was instrumental in the formation of “The Wall” Vietnam Veterans Memorial in Washington, D.C., and stood vigil there.

He was preceded in death by his father, Gene Thurston Vencill; and two sisters, Sonja Meadows and Delores Benzel.

A graveside service will be held on Monday, November 30, 2020, at 2:00 p.m. at Forest Hills Memory Gardens with Rev. Craig Wylie officiating.  Military honors will be provided by the United States Marine Corps. and the Highlands Veterans Honor Guard.

In lieu of flowers, memorial contributions may be made to the Wounded Warrior Project, P.O. Box 758516, Topeka, Kansas 66675-8516,  or the Alzheimer's Association, 225 N. Michigan Ave., Fl. 17, Chicago, IL 60601.
To order memorial trees or send flowers to the family in memory of Jerry Eugene Vencill, please visit our flower store.